What is systematic coaching?
Systematic coaching is a special approach to coaching which is based on assumption that different parts of a system are closely linked, therefore, a simplified cause-and-effect way of thinking can hinder the search for solutions. Great emphasis is placed on awareness of the complexity of a given situation. We explore different links between parts of a system in order to find a so-called lever – the easiest and most effective procedure within the system that would bring desired results. A lever can be external, i.e. does not originate in a person, so it includes behavior of other people, or it can be internal, i.e. originates in a person, and represent his/her belief about the system. Here is an actual example for better understanding: when a person does not feel he/she is part of a team (belief), it affects his/her motivation and effectiveness within the team, which, consequently, lowers the whole team’s motivation, therefore, the team is caught in a vicious circle. If a team member changes his/her attitude (his/her belief) towards the team and finds a way to become part of it, it can positively influence the whole team to become more effective and motivated. If a member alters his/her relationship toward a team, it can lead to reciprocal activities of the whole team. This example shows how much influence an internal factor, which is easily overlooked, has on the team’s activity, its productivity and well-being.

Systematic thinking
Systematic coaching is based on systematic thinking, which has its roots in natural sciences and cybernetics. The basis of systematic thinking lays in conception that society is a complex system, where everything is connected among one other. A person is not treated only as an individual, but as a part of the whole social system that creates its own reality. Change is possible only if we take into account the individual and, simultaneously, his/her intertwinement with surroundings. For an individual to achieve different results in a certain situation, one should change the system in order to obtain the desired result in that situation.

HOW IS COACHNG DIFFERENT FROM OTHER PROFESSIONS? 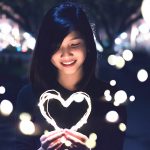 POWER OF THE PRESENT MOMENT